Others vehemently disagree, arguing that the task of physics is to explain not just how time appears to pass, but why. For them, the universe is not static. The passage of time is physical. The future does not exist. It does not!

Last month, about 60 physicists, along with a handful of philosophers and researchers from other branches of science, gathered at the Perimeter Institute for Theoretical Physics in Waterloo, Canada, to debate this question at the Time in Cosmology conference. The conference was co-organized by the physicist Lee Smolin , an outspoken critic of the block-universe idea among other topics. His position is spelled out for a lay audience in Time Reborn and in a more technical work, The Singular Universe and the Reality of Time , co-authored with the philosopher Roberto Mangabeira Unger , who was also a co-organizer of the conference.

Those in attendance wrestled with several questions: the distinction between past, present and future; why time appears to move in only one direction; and whether time is fundamental or emergent. Most of those issues, not surprisingly, remained unresolved. There are a few things that everyone agrees on. The directionality that we observe in the macroscopic world is very real: Teacups shatter but do not spontaneously reassemble; eggs can be scrambled but not unscrambled.

Entropy — a measure of the disorder in a system — always increases, a fact encoded in the second law of thermodynamics. As the Austrian physicist Ludwig Boltzmann understood in the 19th century, the second law explains why events are more likely to evolve in one direction rather than another.

It accounts for the arrow of time.

But things get trickier when we step back and ask why we happen to live in a universe where such a law holds. But no one believes that entropy actually works that way. Scrambled eggs always come after whole eggs, never the other way around.


To make sense of this, physicists have proposed that the universe began in a very special low-entropy state. There was nowhere to go but up.

Some of my favorite quotes

In this view, gravity causes matter to clump together, defining an arrow of time that aligns itself with growth of complexity, said Tim Koslowski , a physicist at the National Autonomous University of Mexico he described the idea in a paper co-authored by the British physicist Julian Barbour and Flavio Mercati , a physicist at Perimeter. As one moves away from that point, in either direction, complexity increases. Naturally, we — complex creatures capable of making observations — can only evolve at some distance from the minimum.

Still, wherever we happen to find ourselves in the history of the universe, we can point to an era of less complexity and call it the past, Koslowski said. The models are globally time-symmetric, but every observer will experience a local arrow of time. Rather, it emerges naturally from it.

Back in , Carroll, along with his graduate student Jennifer Chen, put forward a similar proposal based on eternal inflation , a relatively well-known model of the beginning of the universe. Carroll sees the work of Koslowski and his colleagues as a useful step, especially since they worked out the mathematical details of their model he and Chen did not. Still, he has some concerns. Time has order, one thing after another.

Time has duration, a quantifiable period between events. Time has a privileged present, only now is real. Time seems to be the universal background through which all events proceed, such that order can be sequenced and durations measured. The question is whether these features are actual realities of the physical world or artificial constructs of human mentality.

To appreciate time is to feel the fabric of reality.

I interview physicists and philosophers on my public television series, "Closer to Truth," and many assert that time is an illusion. What do they mean that time is "not real? Huw Price, professor of philosophy at Cambridge University, claims that the three basic properties of time come not from the physical world but from our mental states: A present moment that is special; some kind of flow or passage; and an absolute direction. We sense an "arrow" or direction of time, and even of causation, he said, because our minds add a "subjective ingredient" to reality, "so that we are projecting onto the world the temporal perspective that we have as agents [in this environment].

Think of the block universe, which is supported by Einstein's theory of relativity, as a four-dimensional space-time structure where time is like space, in that every event has its own coordinates, or address, in space-time. Time is tenseless, all points equally "real," so that future and past are no less real than the present. So, are we being misled by our human perspectives? Is our sense that time flows, or passes, and has a necessary direction, false?

Are we giving false import to the present moment? We have the illusion, at any given moment, that the past already happened and the future doesn't yet exist, and that things are changing.

But all I'm ever aware of is my brain state right now. The only reason I feel like I have a past is that my brain contains memories. So, time — the time we know since we learned to tell time on a clock — seems to disappear when you study physics, until you get to relativity. 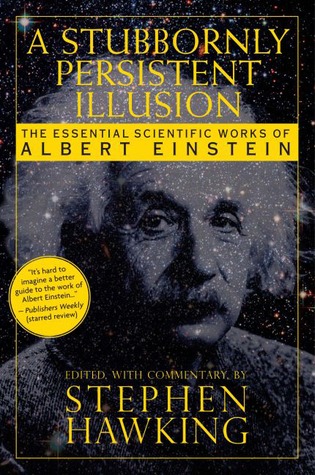 I'm looking at you; you're nodding your head. Without that change, we wouldn't have any notion of time. To Barbour, change is real, but time is not. Time is only a reflection of change. From change, our brains construct a sense of time as if it were flowing.